This morning we said goodbye to Prague and headed east to our next hotel stop, Olomouc. We had said goodbye to Kamila last night after our dinner at Nebozizek overlooking Prague, and this morning we said hello to our new guide, Ilona, who will be accompanying us from Prague to Olomouc and Trsice, and will be leaving us when we get to Poland. On the way we stopped in the town of Lostice, a town of about 3,000 people, where town historian and director of the Respect and Tolerance program in Lostice, Ludek Stipl, met us at the former Lostice synagogue. The mayor of Lostice gave us the history of the Jews in Lostice.We learned that the Jews of Lostice were very much assimilated into the community and that there had been an atmosphere of cooperation between the Jewish community and the Catholics. During World War II, 59 Jews from Lostice had been sent to concentration camps and after the war, only 3 returned.

We were honored to listen to the story of Holocaust survivor Jiri Fiser, born in 1936 and deported to Terezin and later the Czech family camp in Auschwitz.  Because he was a twin, he was chosen by Dr. Mengele for medical experiments.  He and his brother survived and he was eight years old when he was liberated.  Today he is a member of the Olomouc Jewish Community and his story was filmed and is at Yad Vashem.

In 2006 the restoration of the synagogue by Mr. Stipl’s organization was begun and they completed it in 2011. No longer a functioning synagogue, it is now a center of learning for schools, teachers, and community members, all with the goal of preserving memory. The pews in the center are from the Olomouc synagogue, destroyed by the Nazis in 1939. Each of the 21 seats is dedicated to victims of the Holocaust from Lostice and surrounding towns. Each of the seats had a compartment dedicated to one of more families, and inside the compartment were everyday objects from the period and photos which were somehow linked to the people to whom that box was dedicated. 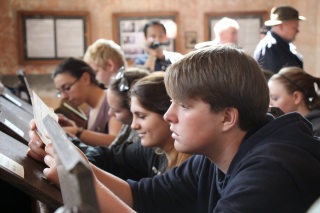 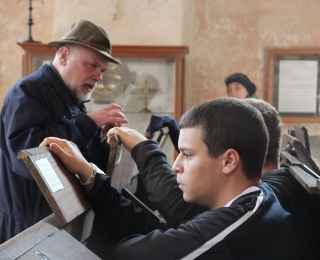 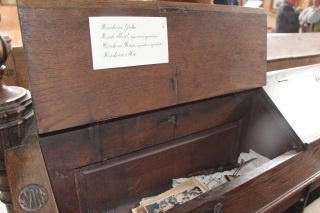 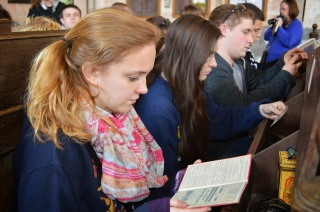 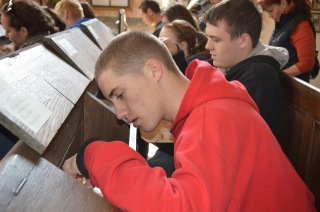 In the box for Otto Wolf there were several items including pages from his diary, photos of his family and a spoon. We were all fascinated by these compartments and we spent some time looking through them. Mr. Stipl explained how these objects were used to teach both the history of the Jews in the area and the history of the Holocaust to children. 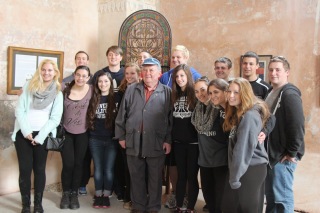 Next we were shown the documentary film which the Respect and Tolerance program produced with portions of Otto Wolf’s diary read by Czech students in English. We were all extremely impressed with what Mr. Stipl had been able to establish in such a short period of time, using the most current best practices in education.
Leaving the synagogue we traveled to the Jewish cemetery which had been used since the 15thcentury until the last burial in May 1942, one month before the deportation transports left from this area. We noticed how many of the Jewish headstones in the 19thcentury were written in German, which we were able to connect to the point made many times earlier about how the Jews were trying to assimilate and absorb German language and culture. 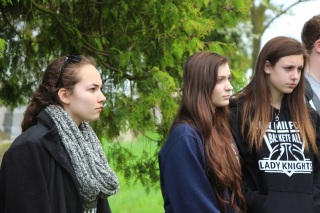 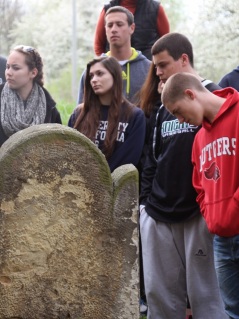