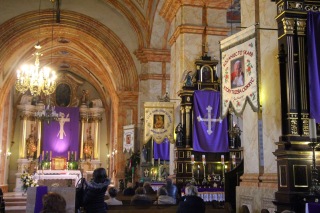 Today we experienced three new cities in our quest to discover and learn more about the extensive history of Jewish life in Poland before World War II.  Our first stop was Wadowice, best known as the birthplace of Pope John Paul II, who will be canonized as a saint April 27, 2014.  Born in 1920 in a house owned by Jews where his parents rented three rooms, Karol Józef Wojtyła grew up in a thriving Jewish community where he went to school, acted in a drama company and even dated a Jewish girl. At the newly opened museum of his life here in Wadowice, we learned about Jewish history in the first room of the exhibition. Our guide Paulina told us that John Paul II used the phrase “older brothers” to describe the relationship between Jews and Catholics.While in Wadowice, we enjoyed a coffee break eating the Pope’s favorite cream cake, similar to a Napoleon, but lighter and creamier.

Next we journeyed to the city of Tarnow, two hours east of Krakow, where we stood in the cold drizzle underneath the only remnants of the Skwer Starej Synagogue: the beautiful, tall bima.  The Nazis destroyed the synagogue in 1939, but many of the buildings that were part of the Tarnow Ghetto remain. The Nazis massacred massive numbers of Jews in 1942 and 1943, including 8,000 Jewish orphans buried in mass grave just outside the city. On our way out of the city, we drove by the expansive Jewish Cemetery, one of the oldest and largest remaining in Poland after World War II.

At the last stop of our day, Dabrowa Tarnowska, which means “the oak forests near Tarnow” in English, we met three amazing Polish high school teachers who have worked tirelessly to educate students here about the Holocaust and the history of Jews in the area. We met them at a beautifully restored synagogue in the center of the city that opened in June of 2012 as a center for the study of the culture of Jews and Poles in the area.

Shalmi told us that when he first started bringing groups to Poland for tours in 1986, this synagogue was in ruins and they had to literally crawl under fence openings to get inside.  Now the synagogue glows with ornate paintings, marble painted pillars and clear lead glass windows. 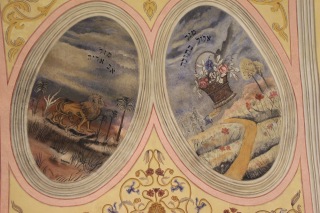 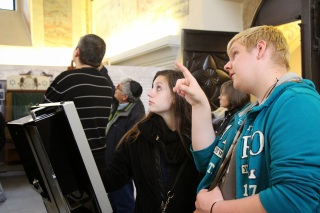 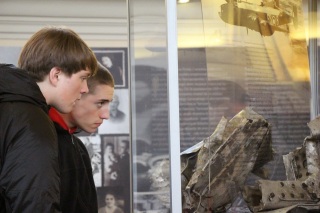 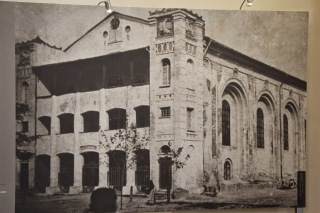 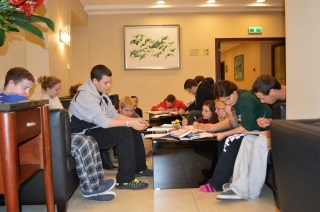